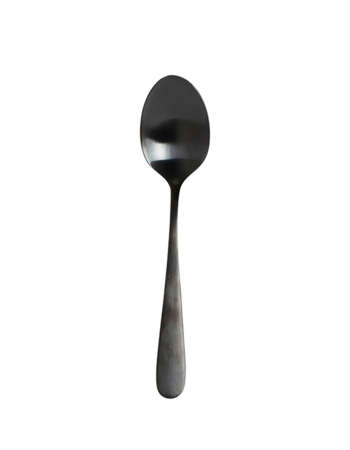 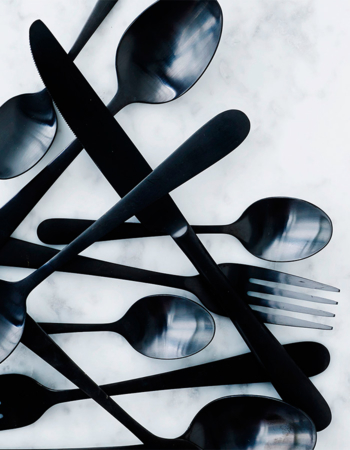 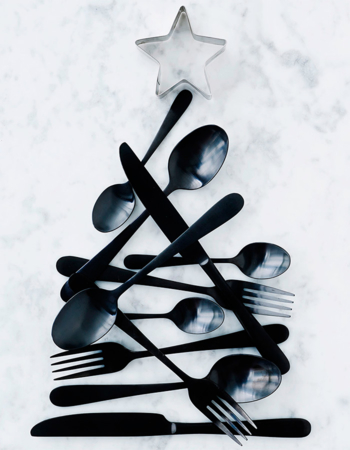 Noble and a little mysterious. These are black cutlery, which certainly does not have anyone. They are so elegant that they instantly draw attention to each other on each table. Thanks to the special finishing of Titanium, Chromium and Aluminum, it has a slightly worn impression, which will be appreciated by vintage designers. The table is just enough to make it easy, the main jewel will be elegant dark cutlery. You can find a knife, a fork, a soup spoon and a small teaspoon. You can assemble the whole cutlery set. Dimensions: Length: 14 cm Material: Stainless steel coated with titanium, chromium and aluminum mixtures The manufacturer recommends only hand washing. The product can not be used in a microwave oven.

Availability: Not in stock

The story of Nicholas Vahé

Born in Amiens, northern France. He learned as a chef and pastry chef at Pic restaurant in Valence, a 3-star Michelin restaurant. Later he trained at Daniel Giraud - one of the best in his field - and became a chocolatier. In 2000, he came to Denmark and began to work as a confectioner at Falsled Kro on Fyn Peninsula, where he spent three more years. Then he became a confectioner in Fakkelgårdden in southern Jutland.

He worked his work and life experiences in 2007 when he founded his own brand. It manufactures and sells not only top-quality food, but also products that are missing or not available on the market in the quality that Nicolas Vahe would have imagined. It works closely with raw materials producers in France and Italy, ensuring consistent high quality and good taste.