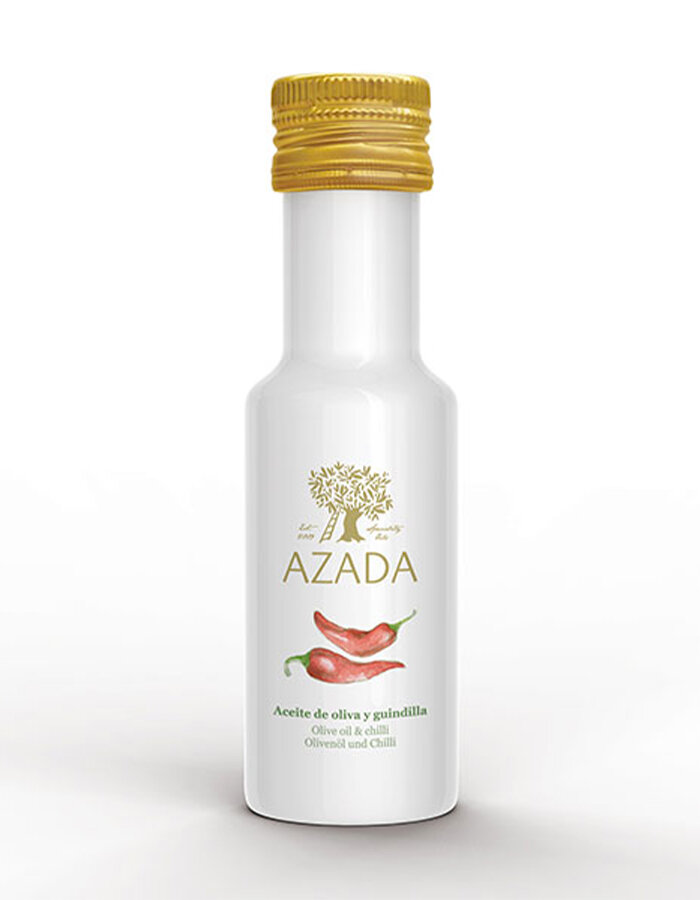 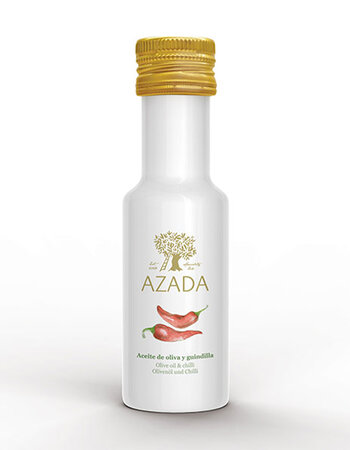 Obtained from Arbequina olives and pressed together with sweet, smoky chillies. Pure, flavoured olive oil without any artificial flavours or additives. This olive oil is perfect drizzled over sweet, crumbly cornbread and grilled vegetables and creamy pasta with seasonal greens.
CZ–BIO–002
TIP: Put garlic cloves in this oil and you will get a wonderfully aromatic garlic